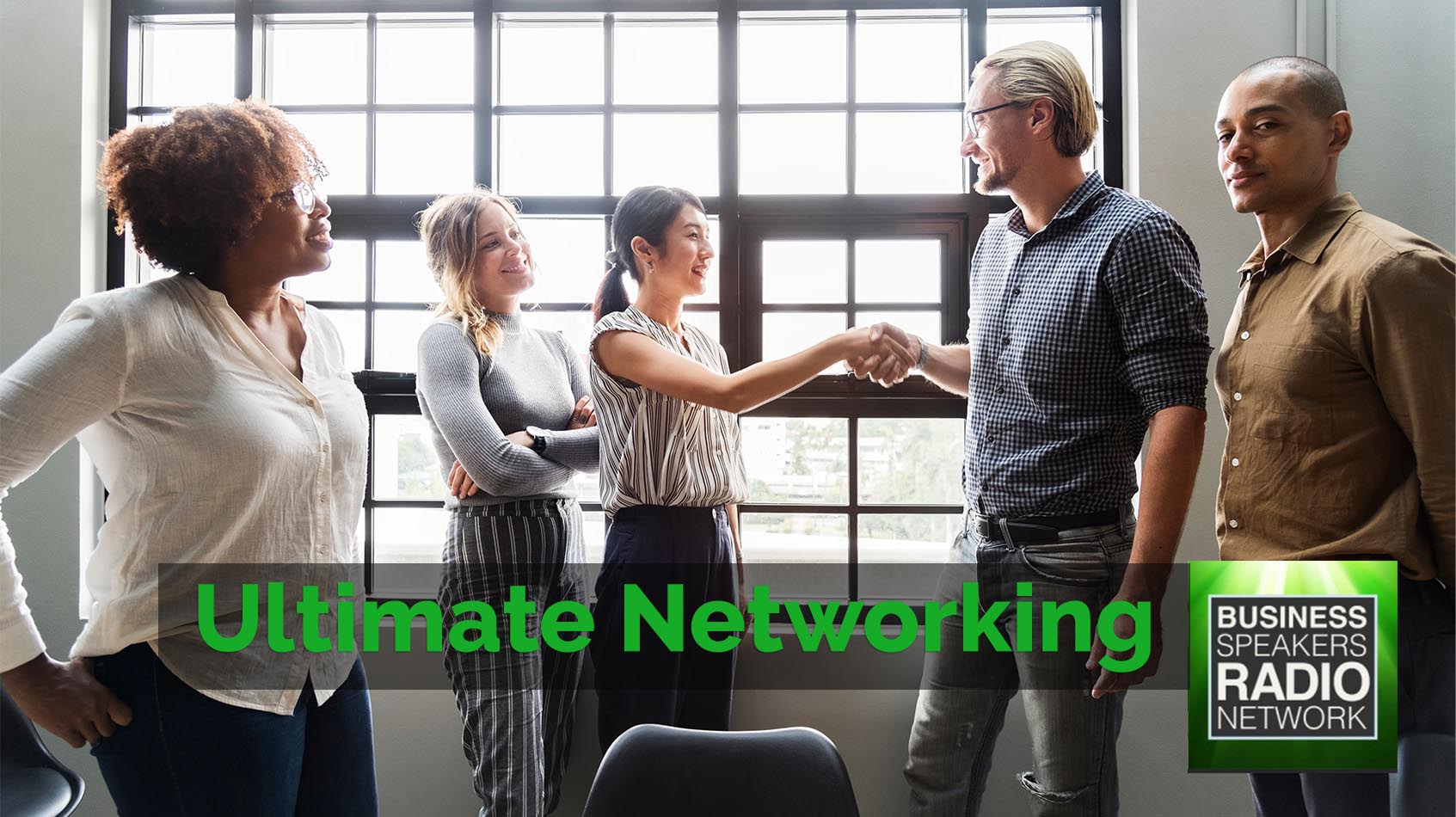 When you consider how you’re going to grow you business, your supply chain, or even your career, networking always has to play a huge role in how you’re going to get there. Who is on your team, who can help you cross the finish line, who can help you be successful – all of those questions deserve answers and they start and end in effective, powerful networking. Consider networking the Ultimate way by joining us at this week’s online event:

Today when you look around you, what you see is very different than it was two years ago. Working from home instead of the office, no commuting, everybody at home providing distractions, infinite Zoom meetings, Re-entry Phobias, and so much more than that is our new existence in the modern working world. In times like these it’s not necessarily the toughest or the strongest, the smartest or the fastest, but those with the best mindset who are able to adapt the most effectively that come out ahead. Another way of saying that is those who master their personal growth are the ones most suited for success in times like these.

Personal Development has taken a lot of shapes over the years, but the science and research behind it has also grown by leaps and bounds. If you seriously want to leverage the true power of Personal development so you can master the power within you to adapt and overcome the challenges that lie ahead, then you’re going to want to hear from this week’s speakers  at this truly one of a kind networking event.

See here’s the thing – whether you’re in a State that’s opening up or you’re in full lock down, networking in person has become a LOT harder than it use to be.

You used to have local Chamber of Commerce, Board of Trade, community business networking events, breakfast meetings, luncheons, evening galas, and more, hosted by a variety of prominent local networkers. But with a year of practically no in-person networking going on, many of those organizations have had to let key people go, and they haven’t held many, if any live events now officially in over a year under the Pandemic.

Those that have limped along have been economically crippled through colossally reduced membership dues, events fees, and sponsorships, so ramping up is going to take some time, and even then there will be a lot of people who will be feeling very uncomfortable about the whole ‘in-person thing’ no matter how stir crazy we’re all getting as the days of involuntary hibernation grow longer.

Then there will be those who realize that when they go to in-person events, there’s parking, travel time, the obligatory meal purchase, getting stuck in conversations with some creepy people from time to time, and the inevitable pitchfests that every rubber-chicken luncheon or networking meeting tends to turn into, and there will be a built-in disincentive to leave the house to go hang out with desperate people trying to sell them stuff.

So what if we could show you another way, a MUCH Better Way to not only get some of that social experience we’ve all been looking for, not be stuck in a Zoomtastic Snoozefest, and actually help you build REAL Connections and develop nearly instantant ROI for a price that’s probably less than the rubber-chicken dinner you’d have had to buy at a normal in-person event?

What if we could show you our ULTIMATE NETWORKING way to get 35-100 direct connections of your ultimate customer or supplier or employee avatars in a single night, without ever having to leave your front door?

Here’s what happens each week at a BSRN Ultimate Networking event:

Our Ultimate Networking events are currently all virtual events held on our AirMeet platform. If you’ve never been on an AirMeet, then you’re in for an experience, because it’s nothing like any Zoom, Webex or GoToWebinar meeting you’ve ever been on before!

We start with our registration lobby, where you login and get a handle on what’s going on at that particular event. Sponsor listings, speaker session ads, and other key messages are communicated here and in the global chat bar.

On the left you’ll find the primary navigation menu that will tell you about your options to go to the Social Lounge, the event speaker Sessions, or the Arena where you’ll find our vendors and breakout rooms.

Each event starts with several rounds of speed networking at tables of 4-6, each with 2 minutes per person to introduce yourselves and tell each other a little about what you do. This is purely about making connections, not about selling, pitching, elevator pitching, or targeting; it’s purely about finding people you’d like to chat with more later on.

Every 8-12 minutes our platform will automatically shuffle the decks and you’ll end up at a new table with a new round of potential contacts and you’ll do it all over again with some fresh faces. After roughly half an hour we’ll stop and dig right into our speaker sessions.

Normally we’ll have 3 consecutive speakers at each event, and we’ll probably have themes to most of these events too, to focus your ROI on specific professional development or business benefits. Experts in their fields giving you roughly 25-45 minutes each of their most directly applicable and often highly interactive presentations on subjects that you can apply right away in your business.

Then comes the grand finale! Back to the Social Lounge where we now break into tables again and start a new networking dynamic:

If by the end of 2-3 rounds of Ultimate Networking and Speed Networking you haven’t picked up at least 25-35 new leads for whatever you’re looking for then something is seriously wrong with your networking game, and we’ll be happy to get you into a networking class or two to help you turn that around because that’s a skill anyone can learn and be a LOT more effective at.

At every networking step you’re on direct video with a small group of business professionals like yourself, live, getting face time with new connections, not cooped up in a sordid ballroom that hasn’t seen an update or cosmetic improvement since the Carter Administration.

Laugh, discuss, connect, and ultimately apply the oldest principle of effective networking by realizing that it’s never just about the person you’re talking with right now, it’s about all the people THEY know and are ever GOING to KNOW that could be a PERFECT connection for you.

The BSRN Ultimate Networking Series of Professional Networking Events welcomes you to start doing networking in a safe, fun, exciting new way, where you get to meet REAL PEOPLE in a virtual environment that can take you places traditional networking events simply can’t do as well.You have to join us every Tuesday evening, 7pm Eastern. I mean really, you have to make those nights sacred on your calendar because I’m telling you the value at each event is unreal.

As we add on more vendors and sponsors we even have plans for virtual and maybe even some real goody bags and swag for attendees, as well as some digital asset bonuses, gifts, contests, drawings, and more, so each week can bring dramatic opportunities quite literally to your doorstep.

So unless you’ve joined the Zombie Apocalypse, we’ll be seeing you there, right?